Kelsey Rowlings started drifting in 2008. A former horseback rider, she was quickly drawn to the adrenaline-based motorsport.

She earned her Formula Drift PRO2 (now PROSPEC) license through a PROAM series in 2014/2015 and jumped right into Formula Drift in 2015. She used her PROAM car, an SR powered S14, in her rookie season and was the lowest horsepower car in the entire series, but still managed to qualify for the Top 16 in her first ever pro competition.

She and the team spent the next few seasons dialing in the car and sorting out issues with the unique build, and she looks forward to 2022 with the Ford powered S14. 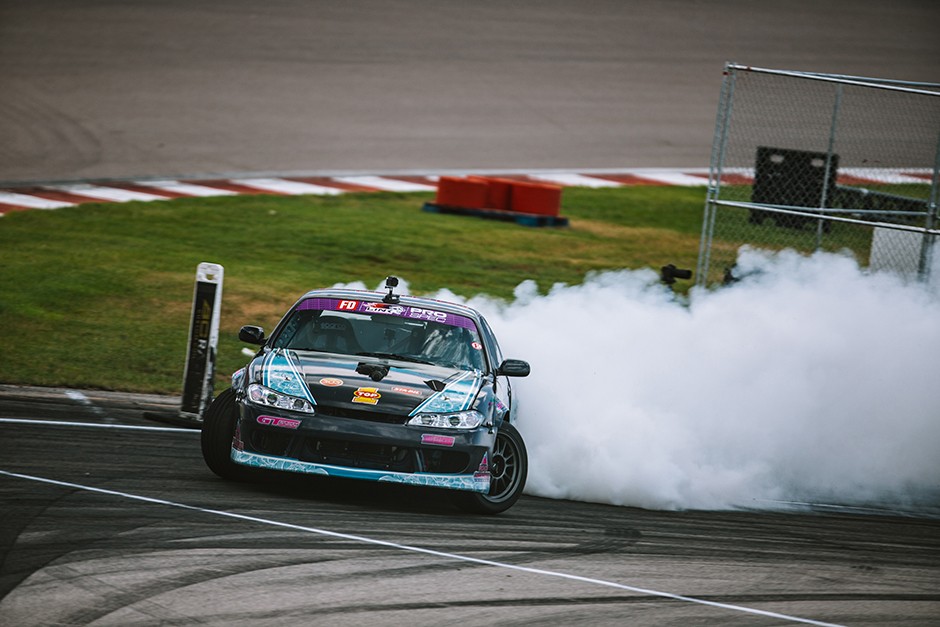