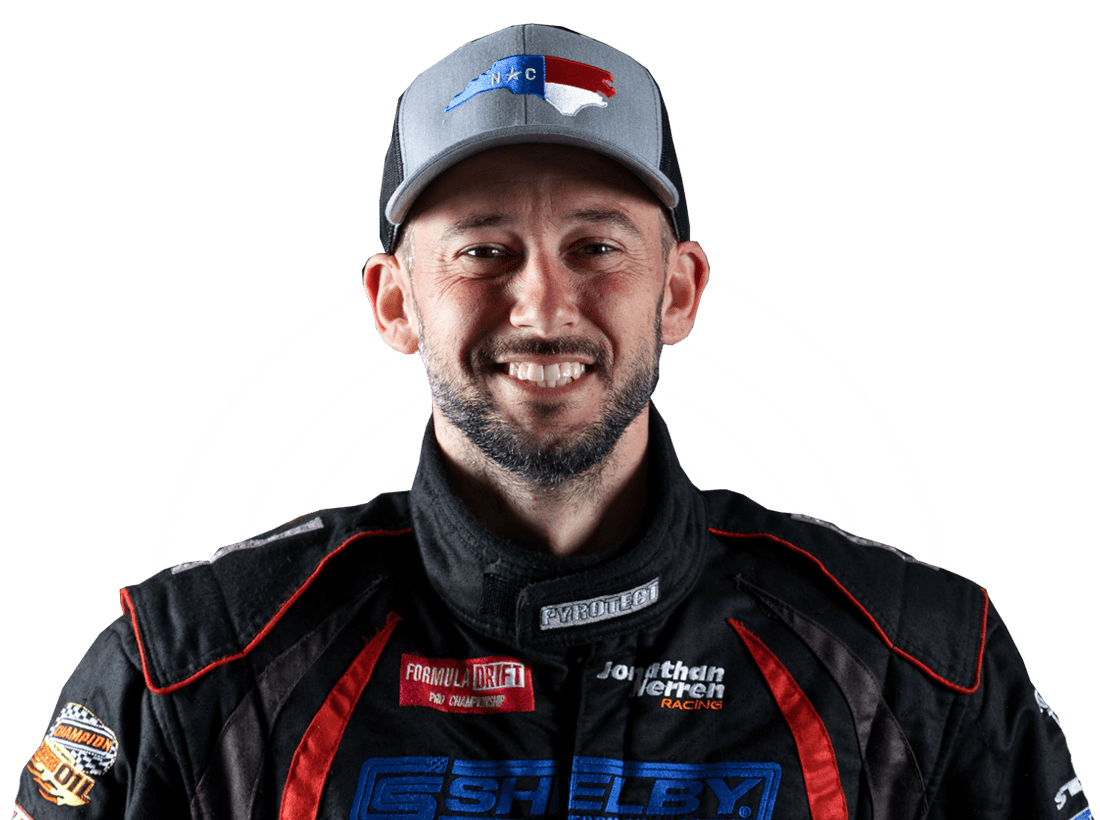 Jonathan Nerren was born and raised in Concord, NC. He was first introduced to the sport of drifting while in Japan serving in the US Navy. After returning to the US, he began drifting with the Streetwise Drift Amateur Series in 2010. Continuing on into pro-am, he battled in multiple series' including US Drift, SWD and MDU. Jonathan received his FD Pro 2 license in 2015 with US Drift and Streetwise Drift. He went on to compete in the Pro Formula Drift Canada Series finishing 6th overall in 2016 and 2nd overall in 2017 which maintained his pro license. The JNR Team Partnered with Shelby American for the 2017 season building a new S550 Mustang. In 2019, the team built a pair of 2019 Competition Shelby Super Snakes.  Jonathan and teammate Tyler Nelson made their debut in Formula Drift Pro 1 in the 2020 season operating as the Shelby American Drift Team sporting similarly built Super Snakes. Nerren ended up 16th overall in his rookie year. For 2021, Jonathan is going back to his roots in his S14 with a new title sponsor, Enjuku Racing.