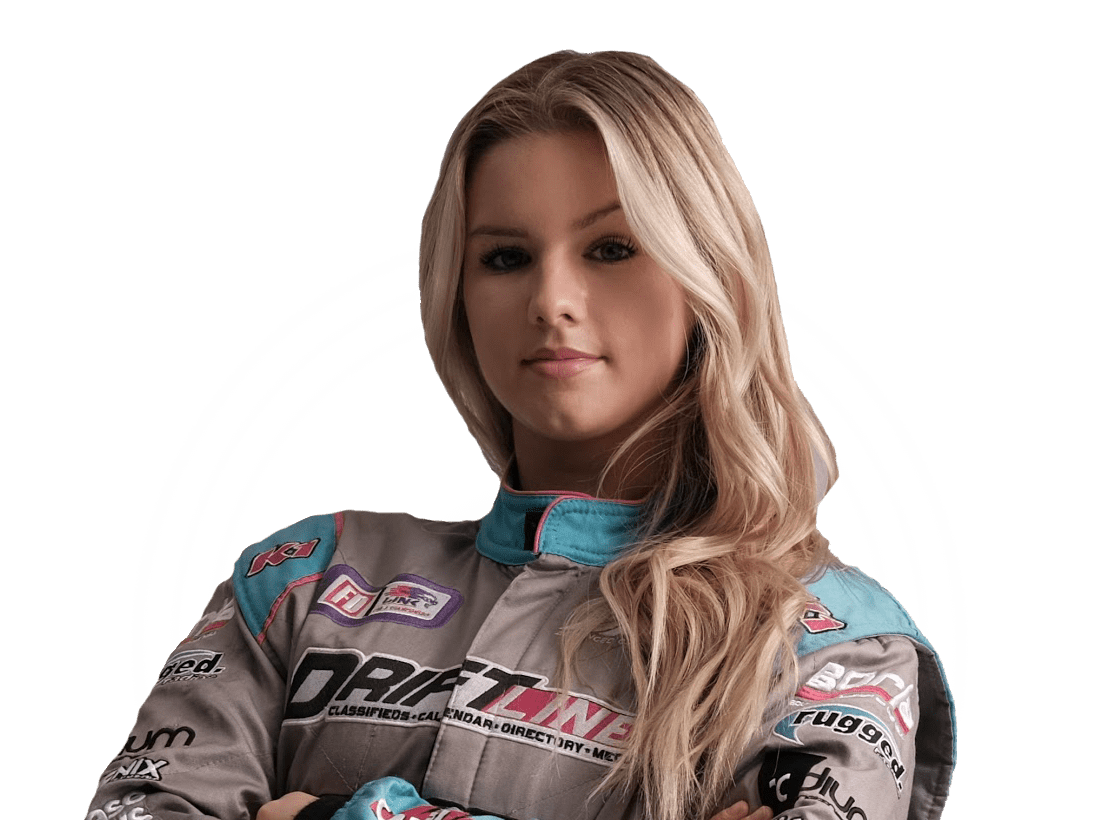 Amanda Sorensen is a proven fierce competitor on and off the track. With years of competing in racing, she understands not only the podiums, but the marketing side as well. Amanda has an outgoing and fun personality that can drive any conversation and draw the fans attention. Amanda has become a very diverse award winning athlete over the years, not only in motorsports, but in figure skating, wakesurfing, and volleyball. She is known to always work her way to the top in whatever she does. When Amanda isn’t at the track she keeps herself busy and her fans entertained. At a young age Amanda was influenced by her father’s passion for racing. Amanda was placed in the racing atmosphere at a very young age. She began racing BMX at the time she learned to walk, competing in big BMX leagues she learned how to dominate in a competitive atmosphere. At the age of 9 , Amanda began racing go karts and found her love for driving. After dominating the Micro-max and Mini-max classes in go karting, she transitioned into Lucas Oil Short Course Racing. Amanda began her short course career in the Modified Kart class, competing in 3 different series. Amanda took on double duty the following year, driving in the Unlimited UTV Class and the Modified Kart Class in the Lucas Oil Short Course Series. In her rookie year of the UTVs she won the Unlimited UTV championship in the Lucas Oil Off Road Racing Series, along with multiple other podiums in the WORCS series and other Lucas Oil series. In 2018, Amanda began drifting. That year her team built a top of the line drift car, in house sparing no expenses. Amanda placed her first drifting podium in 2019 in a Pro Am series. In 2019, she earned her Pro 2 license making her one of three female professional licensed drifters in America. Being the youngest of the three licensed females Amanda draws a mass load of attention to herself from the fans and supporters. She loves to entertain them and does not hold short of giving them a look into her life. From the marketing aspect to the driving aspect, Amanda has gained the experience needed to become a dominant motorsports athlete. This girl does not stop and is driven to achieve more.