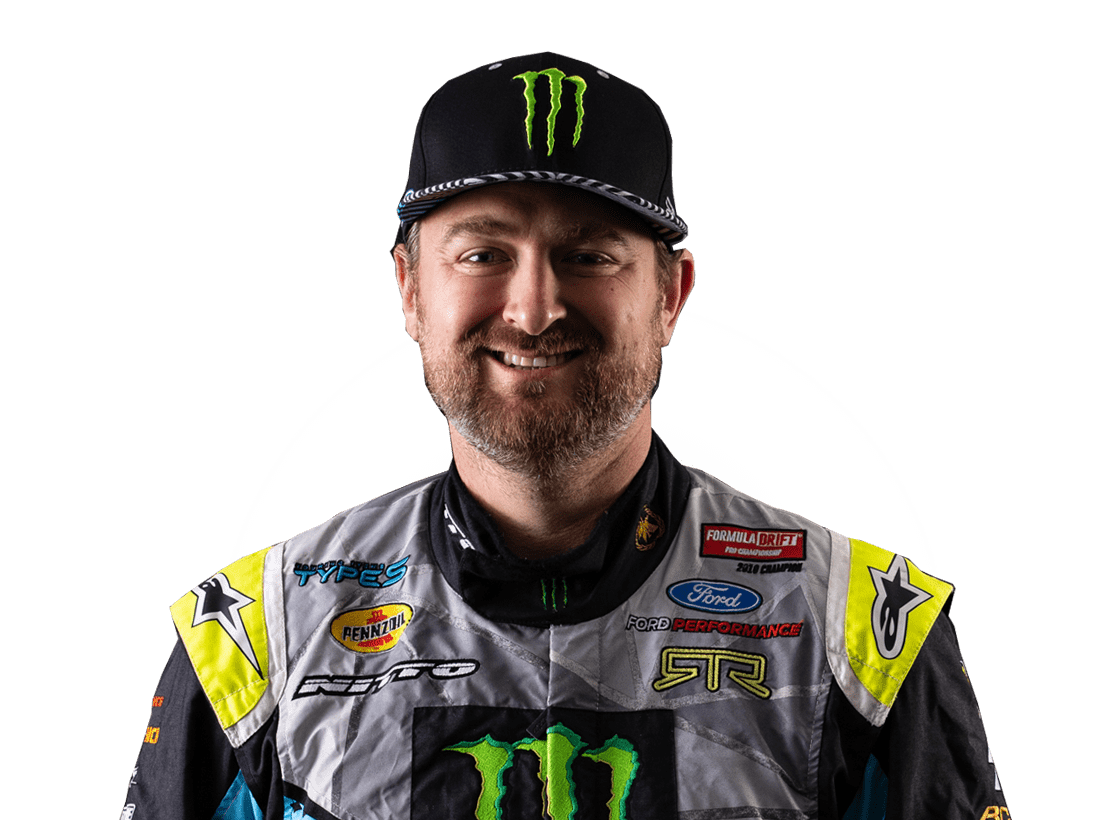 Vaughn Gittin Jr. is a self-taught, professional drifter from Maryland who is best known as a top competitor in Formula Drift behind the wheel of his 1,200 horsepower Monster Energy Nitto Tire Ford Mustang RTR. Vaughn is one of drifting’s most iconic figures and his iconic Mustang is one of the sports most identifiable cars. Vaughn is known best by his aggressive, foot to the floor, big smoke driving style. Over the last few years Vaughn Has become a top competitor in Ultra4 with a 3rd place overall in the 2019 4400 unlimited class championship and has earned 2 top 10 finishes in the grueling King of the Hammers! Vaughn is also the founder and President of RTR Vehicles which focuses on turn key performance and appearance enhancing dealer packages and aftermarket parts focused on Ford vehicles. You can also find RTR producing one off wild builds including Ken Blocks Mustang Hoonicorn RTR and the all new all electric Ford Mustang Mach-E 1400.