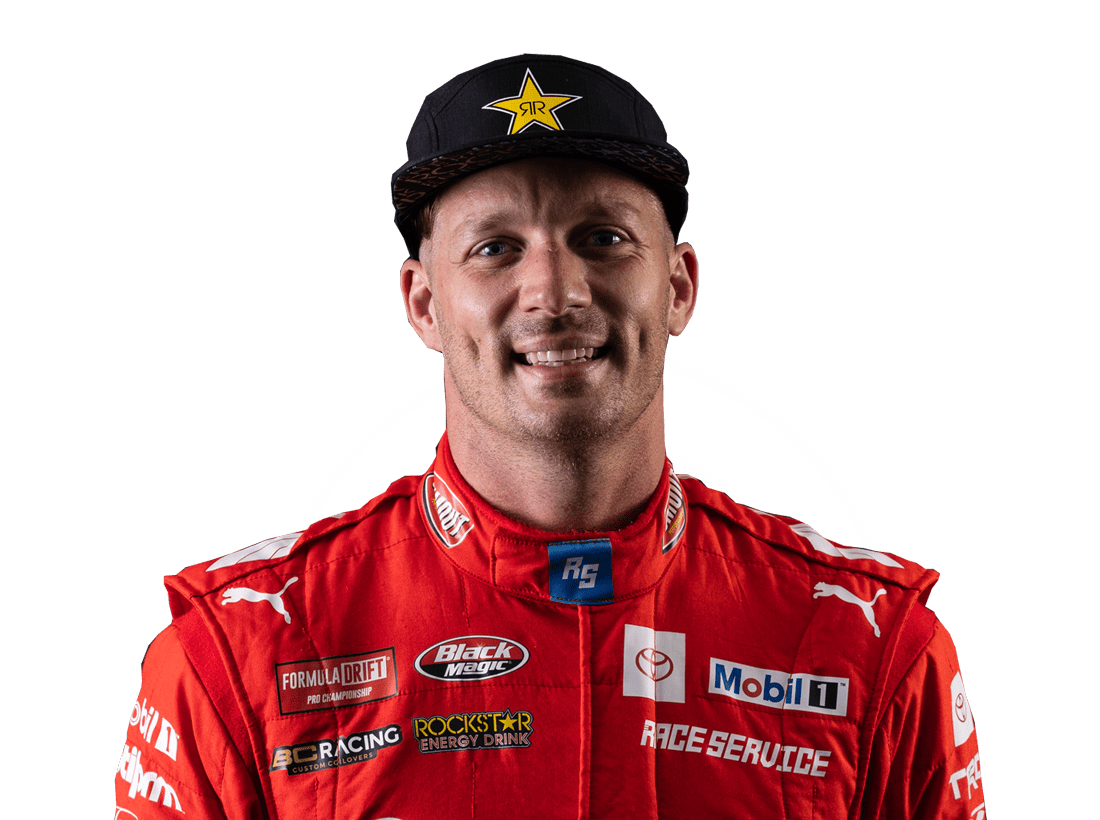 Ryan “Hampshaa” Tuerck is a leading social influencer and a champion in the making. With a career 14 podiums, he has shown winning potential when he’s behind the wheel of the right car. In 2020, he joins the Papadakis Racing organization, where he drives the Toyota-backed Gumout / Nitto Tire / Mobile1 Toyota Corolla Hatchback.

The driver’s down-home charm, commitment to the sport’s grassroots, and talent in front of the camera have brought him a social fanbase of over a million followers. Notable projects include the eponymous YouTube series Tuerck’d, Network A’s Drift Garage and the Gumout Blackout series. A build series on a Ferrari engine-swapped Toyota 86 known as the Toyota GT4586 has generated nearly 70-million impressions since its 2016 launch.

Tuerck started his motorsport career on two wheels, racing AMA motocross through his early teens. He developed a passion for drifting at age 16 while learning to control rear-wheel drive cars on the snowy winter roads near his family’s New England home.

In addition to campaigning a full Formula Drift season, he maintains a full demo and appearance calendar. A New Hampshire native, Tuerck now makes his home in Los Angeles.