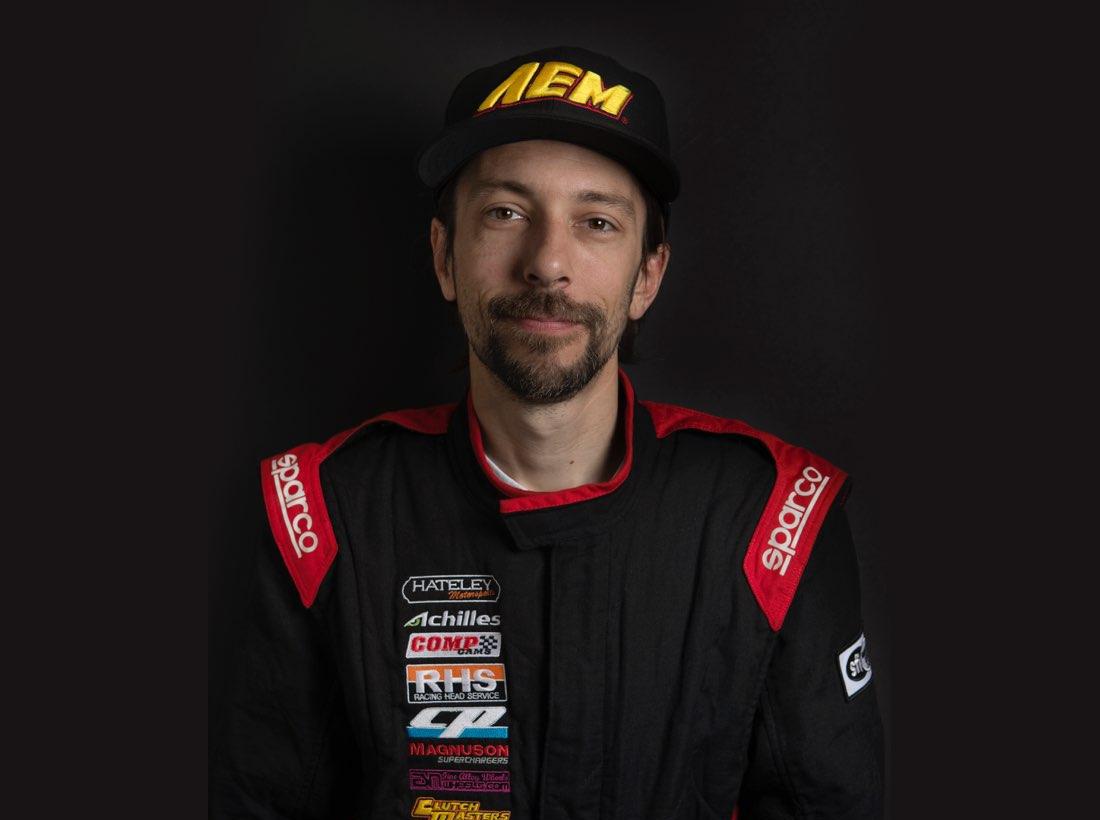 Born and raised in Southern California. Excelled in skateboarding before getting his license and taking to the local canyon roads. After attending his first drift event in 2004 he was hooked. He earned his D1 license in 2005 and his first Formula Drift license in 2006. He Re earned Formula Drift licenses in 2012 and 2016. He also won the Southwest Drift Series Championship in 2016. He has become a well known builder and designer after building the Formula Drift #98 BMW E30 that has been featured in Forza Motorsports 7 and Forza Horizon Xbox titles. He is always accompanied by his wolfdog Gonzo as he chases the Formula Drift dream across the USA.