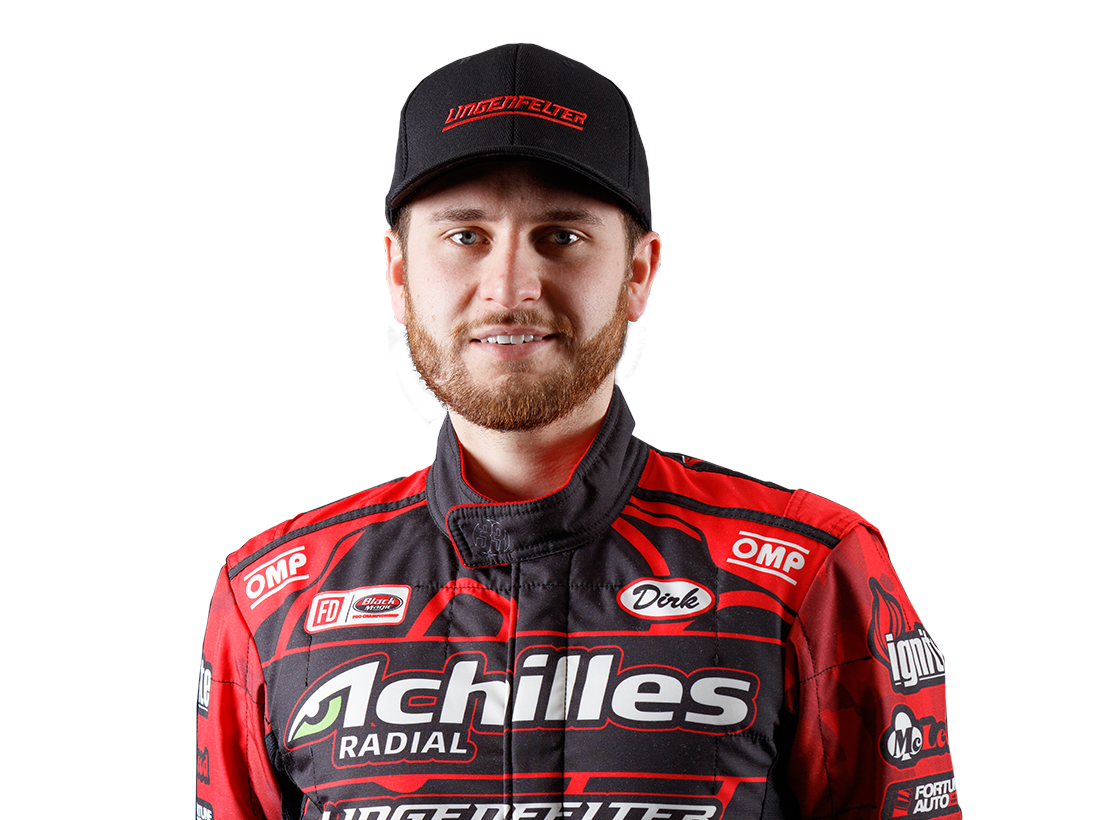 Dirk has been around Motorsports his whole life starting with travelling around the country with his parents as a kid since his father Don was a championship winning NHRA drag racer. Dirk has drag raced cars and bikes himself until he wanted to try something new and ended up falling in love with drifting in 2012. He has been drifting ever since then starting out with an S13 hatchback and progressing into MidWest Drift Union Pro Am competition. In 2015 the Stratton Racing Team built the C6 Corvette drift car and won the Pro Am series championship that year. Dirk came into Formula Drift Pro2 in 2016 thankfully teamed up with Achilles Tire Usa and Lingenfelter Performance Engineering which enabled us to earn the Rookie of The Year award. Dirk competed in Formula Drift Pro2 a second year before moving into the Pro class and achieving the Rookie Of The Year status again but this time as a Pro. Dirk also works full time at Stratton Chevrolet as the Internet Sales Specialist. Dirk and his team look forward to progressing further as a successful race team within Formula Drift!